Considered as one of the most important phases in the history of contemporary Fantastic cinema, the beginning of American New Horror can be dated to the mid-sixties with the birth of the pyrotechnic gore by Herschell Gordon Lewis, to end, then, towards the end of the eighties in almost the same way, namely with the splatter and the body horror mutations. During these twenty years, American Horror has changed its face undergoing a real revolution both on the narrative and on the visual level: the living dead by George Romero (the real groundbreaker on a conceptual level), the cannibals armed with chainsaws by Tobe Hooper , Larry Cohen's mutants and John Carpenter's dark besiegers no longer acted from the reassuring remoteness of dark European castles but, on the contrary, struck directly into the heart of the American family. The threat, in other words, is no longer out there but within the American Dream. The public's perception of horror cinema begins to change and expectations also conform to the degree of violence already present, daily, in the society of the period. And while the cinematic experience becomes cathartic, the advertising of the films in question also adapts to the new trends. The posters of horror films (always among the most evocative and colorful) became, in the 70s and 80s, even more shocking and explicit: there is no limit to the horror that can be represented and the posters are designed to communicate this message to an audience increasingly hungry for thrills. The exhibition I organized wants to pay homage to this unrepeatable trend through two sections. The first is dedicated to George A. Romero and sees the exhibition of some of the most successful and representative Italian posters of his cinema such as Night of the living dead, Dawn of the Dead, Creepshow"and The Crazies. The second section, on the other hand, tends to trace a brief history of American New Horror through the American posters of the most significant films from the beginnings of the genre (Spider Baby, Blood Feast, Night of the Living Dead) to the last fires of the mid-80s ( Re-Animator, Nightmare on Elm Street). 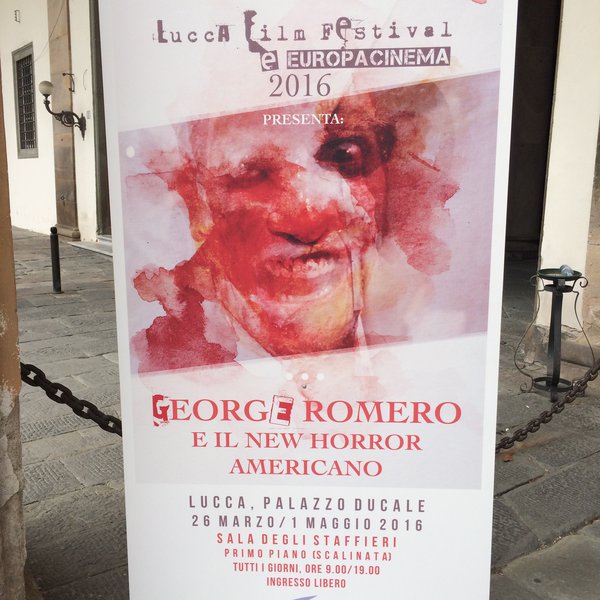 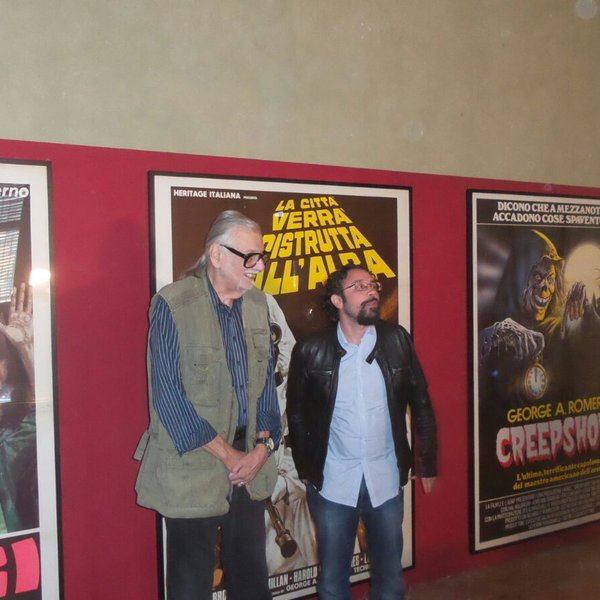 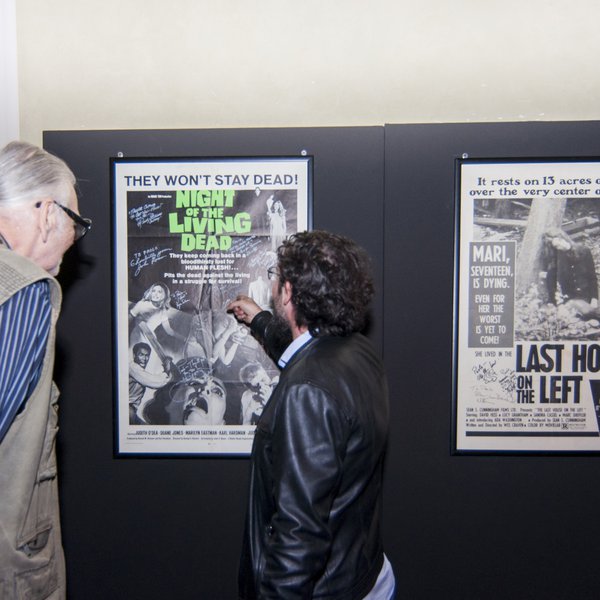 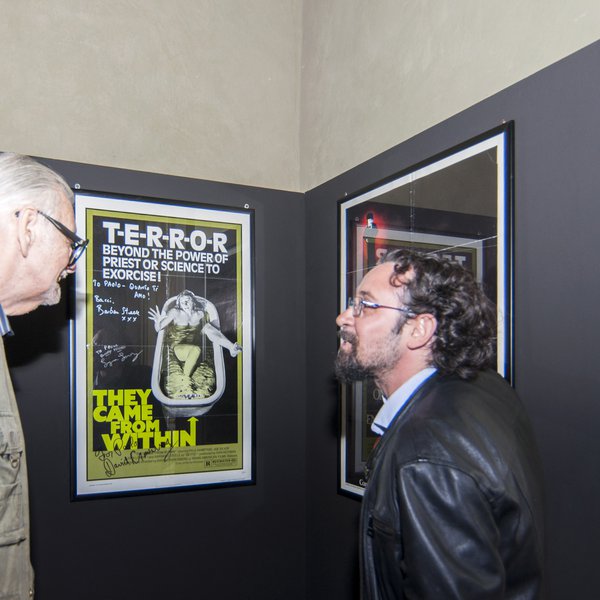 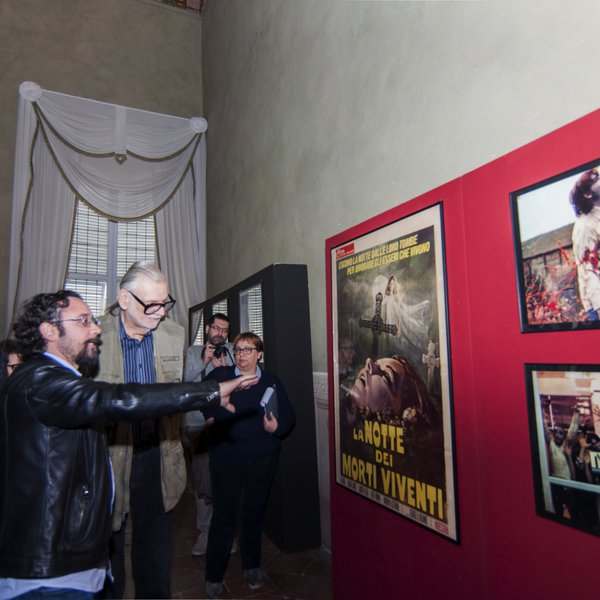 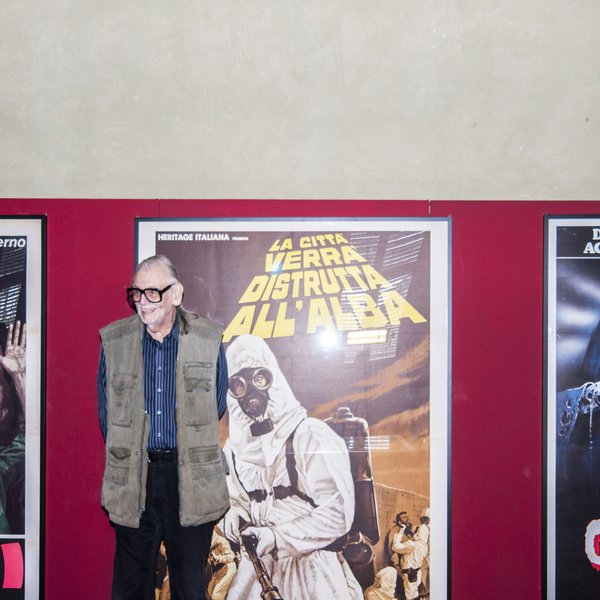 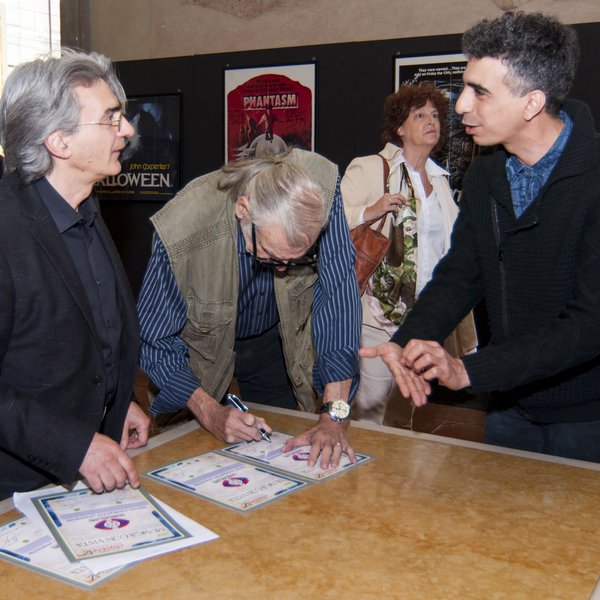 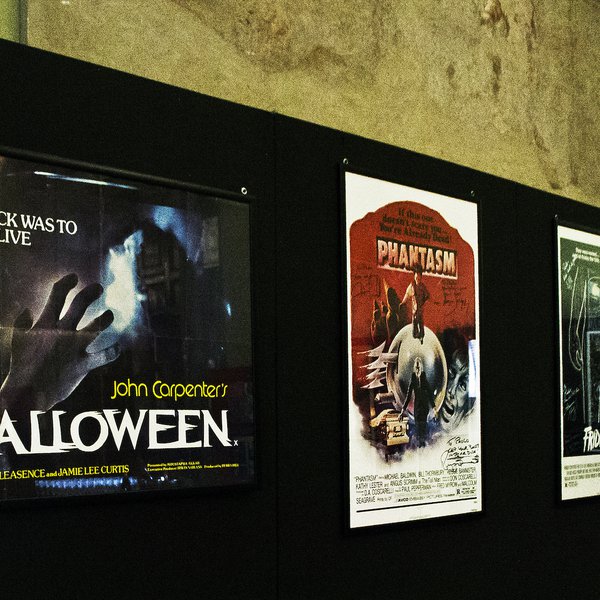 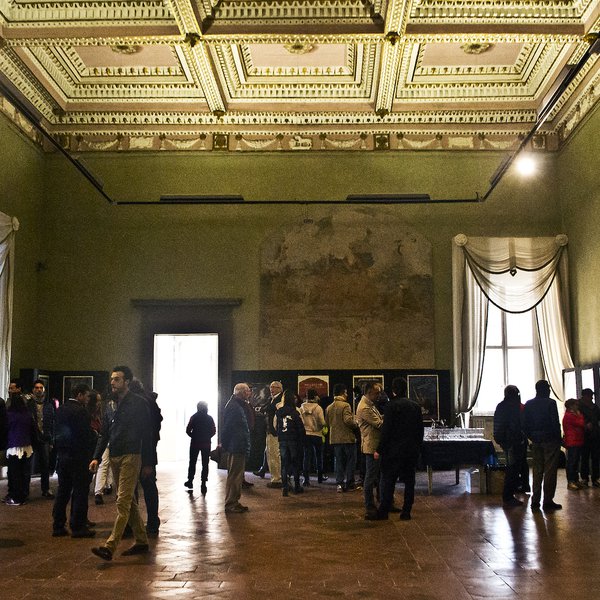 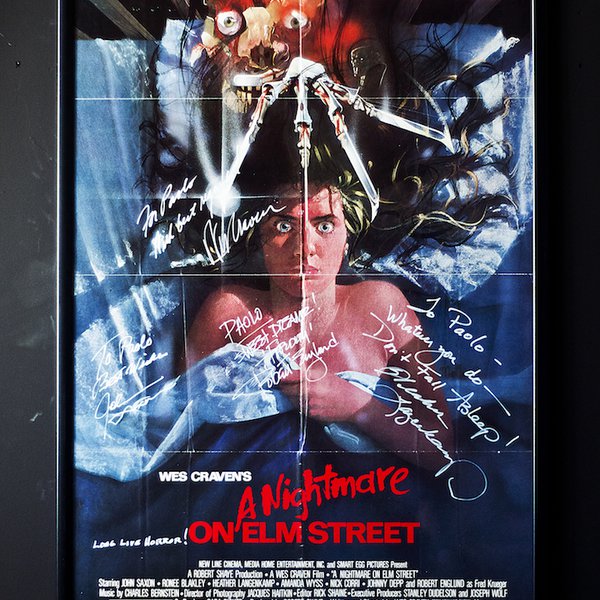 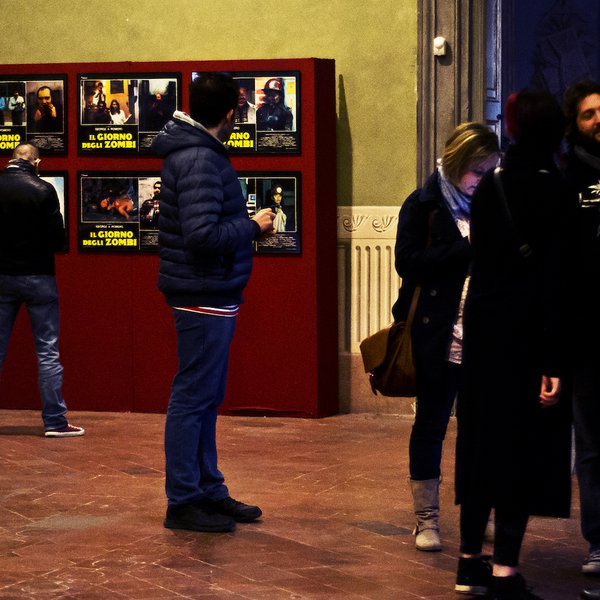 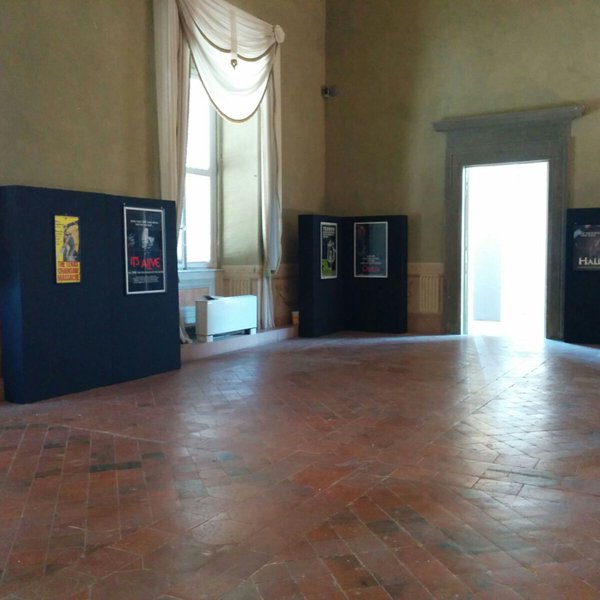 Second part of my little tour

Watching the exhibition with George Romero